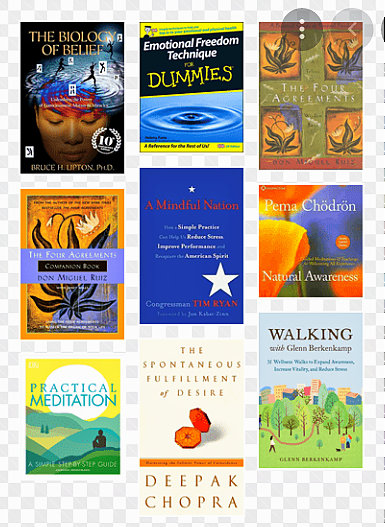 The Seattle Public Library has put together a wonderful list of potent books that shift & elevate consciousness. Each of these inspiring works have their own special energy and intent. I am happy to see that Walking with Glenn Berkenkamp has been included. 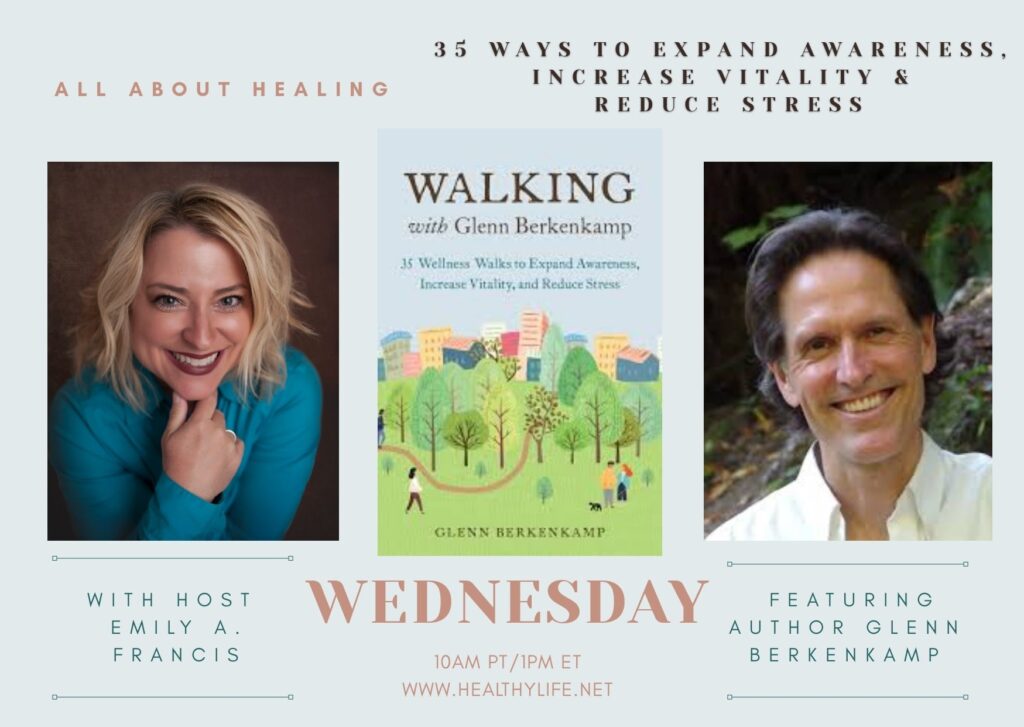 Click the link to listen to myself and host Emily Francis on the All About Healing radio show. There is a great deal of useful information and mind-body-spirit wellness tips being shared. <3  https://healthylifenet.mainstreamnetwork.com/media/HL120220.mp3?fbclid=IwAR1MJvQaH76o2uFoO-gT4VZWll_yJboxRC_TAp5b-MHS3IqqA3Exc4PvZek

Soon after Arnold Schwarzenegger arrived in the USA, a friend of mine became his roomate. Knowing that Arnold had big plans, my friend asked him if he intended to change his last name – being that it was so challenging to pronounce. In typical Arnold fashion, he responded: “There will come a time when all that people will need to hear is the word ‘Arnold’ and they will know it is me.” It turns out he was right. It also turns out that the majority of people learned how to pronounce “Schwarzenegger.” I learned this story years after what I am now about to share.

It was the early 1990s. I was studying acting at the Vincent Chase Workshop on Sunset Boulevard in Hollywood, California. As I grew in my craft, preparing myself to become a working actor, I began to ponder the idea of changing my last name. It was not a rash idea, but one born out of the thought that perhaps “Berkenkamp” may be too hard to pronounce, or not “catchy” enough.

The name that I was considering was “Forest.” It seemed to fit. It was short, easy, and I had always liked wooded areas, and trees and forests in general.

As I became more serious about making this change, I decided to call my parents and run my idea past them. As always, they listened well, and were even allowing me to feel their support – although I could tell that my dad, especially, was not sold on this name change idea. I told them I would give it more thought.

The next day, when exiting my acting school, I encountered a homeless man picking through the dumpster in the parking lot. I asked him if he was hungry. He said yes. I asked him his name and if he would like to join me for lunch across the street at the Chinese restaurant. Again, he said yes, and told me his name was Bobby.

We sat down in the air-conditioned restaurant and he asked me what he could order. I told him he could order anything he wanted on the menu.

When the waitress arrived, he ordered, and then asked if it would be possible for him to have an extra paper placemat and a pen. She brought him one of each.

He flipped the placemat over to its blank side, looked at me, and asked me my full name.

He then asked me to spell it.

As I did, he wrote it down letter by letter on the blank placemat.
He then began to write very quickly: circling letters and jotting down numbers above them – then adding together the string of numbers, then reducing them, until he finally paused, and said: “Whatever you do in this lifetime, do not change your last name.”

I looked at him. I had not mentioned a word about name changes.

Our food arrived, as he ate, he told me what he had just done was called numerology. But he didn’t say much else, other than telling me his last name when I enquired.

From themeaningofaname.com website:
“Numerology is the study of the symbolism of numbers. It is used to determine a person’s personality, strengths and talents, obstacles, inner needs, emotional reactions and ways of dealing with others.
The most popular numerology method in the western world was developed by Pythagoras, the famous Greek mathematician and philosopher, who believed that the universe is governed and explained by numbers. In the Pythagorean system, numbers were assigned to each letter in the alphabet.”

A few days later, I was driving on Sunset Boulevard with my friend Nick in the car. I had just finished telling him the name change story, when I looked out my window and saw Bobby P. (based on his then homeless status, I do not want to make his last name public) pushing a shopping cart full of cans and other recyclables along the sidewalk. I said to Nick: “That’s him, that’s him,” then I called his name out the window: “Bobby! Bobby P – !”

Instead of looking toward me, he stopped his cart, looked straight up into the sky and made a gesture like, “What, what do you want?”

My friend laughed and made a joke about the man’s sanity. But to this day, it is an image that is still very much alive in me.

Was Bobby P. an angel? I do not know. But I called my father that night to tell him that I would not be changing my last name. He was pleased. He then asked me if knew what my last name (which is Dutch in origin) translated to. I said no. I then learned: Berkenkamp translates to “a camp (or grove) of birch trees.”

So it turns out my last name was already forest.

That fifteen dollar lunch on Sunset Boulevard was perhaps the best money I ever spent on a meal. I’m glad Arnold kept his name. And I’m glad I did as well. I only wish I would have saved the placemat.

Bobby P., if by any chance you’re reading this, thank you. I’m ready for another meal, and I have a book for you.

Hi all.  After back to back indoor events, I felt inspired to offer another “Writing Into The Now” event in the redwoods.  If you feel the call, join us for a full day workshop in one of the most captivating and de-stressing areas I know, Samuel P. Taylor Park.

This workshop is perfect for you if you are feeling stuck, at a crossroads, uninspired, held back by your past, uncertain about your future, or just generally disconnected from or out of sync with any aspect of your being and wanting to connect deeper into your own path, story and soul.

As Lao Tzu reminds us: “Knowing others is intelligence; knowing yourself is wisdom.”… [Read More] 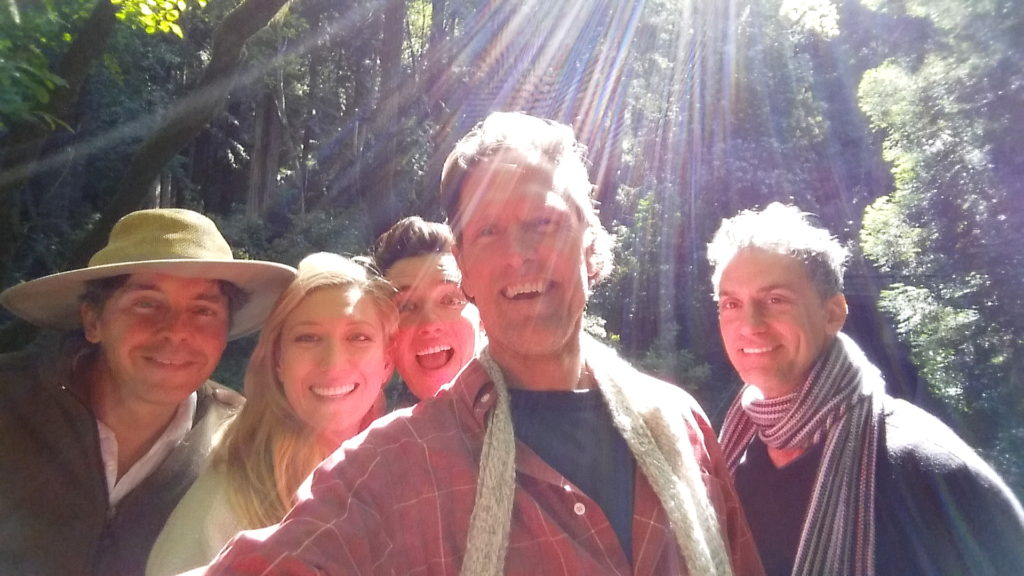 Saturday’s workshop was amazing. And as always, humbling, to see the Writing Into The Now participants go through the process of connecting deep into their soul and life path…and in doing so reclaim the clarity, insight and wisdom needed to carry them forward with a greater understanding of their lives…and the now moment. I bow to these brave and present souls.
Click “Read More” to view some photos, including moments of “release” when participants write down and burn what no longer serves them…. [Read More] 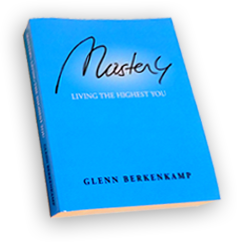 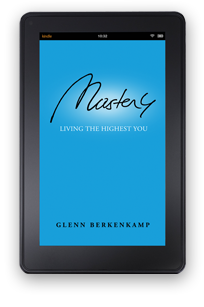